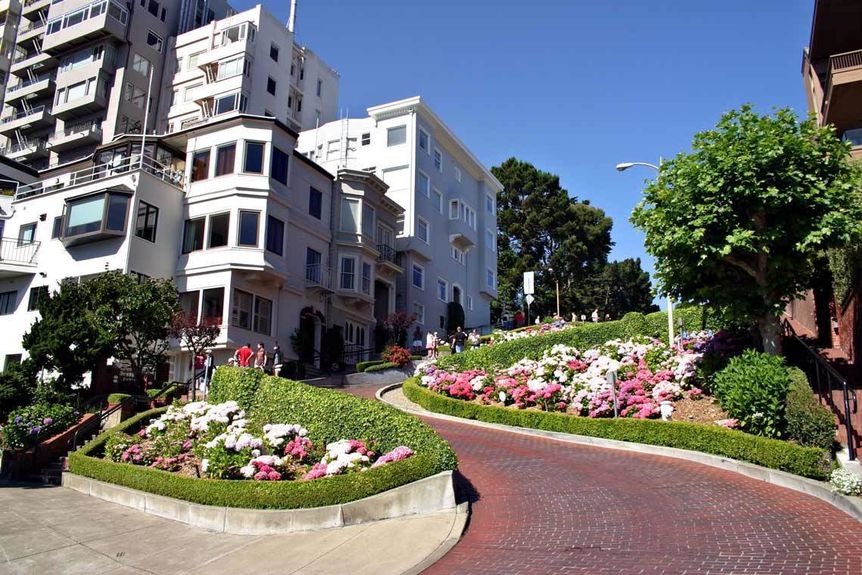 A quick view of the most influential metrics in Russian Hill.

Russian Hill is a lively neighborhood among San Francisco’s 44 hills. It is named after one of the city’s original seven hills and is the home of the world famous Lombard Street, also known as the “world’s crookedest street.” Russian Hill is known for its gorgeous sweeping views and the steepness of the hill’s grade which forced the development of the switchbacks that Lombard Street is known for. Views include, both the Golden Gate Bridge and the Bay Bridge as well as Alcatraz and the Bay itself. Russian Hill is uphill from Fisherman’s Wharf and is also bordered by the neighborhoods of Nob Hill, North Beach, the Marina District and more.

The neighborhood and the hill are named in memory of a cemetery found by settlers during the Gold Rush Era. The cemetery dated back to the early 1800s and had been mentioned as the site of crew burials in the first half of that century. The cemetery was moved to accommodate settlement in the area, but there is a plaque, placed by the Russian government in a small park on the hill in memory of that cemetery and the men laid to rest there. The neighborhood has been home to many notable and historic residents, such as Colonel Andrew Summers Rowan recipient of the Distinguished Service Cross, artist Mary Curtis Richardson, architects Willis Polk and William H. Ranlett and many others.

Not only is Russian Hill the home of Lombard street, it is also the home of the San Francisco Art Institute, Macondray Lane and the Alice Marble Tennis Courts. The neighbor is quite popular among tourists and has a varied collection of restaurants and unique shops. Homes for sale in Russian Hill are primarily upper-middle class and higher in variety. Other real estate options include upscale apartments for rent as well as townhouses and condominiums for sale or lease.

Call Haruko at 415-312-2551 today to assist you in your search for the home of your dreams in Russian Hill.

View our selection of available properties in the Russian Hill area.

Check out the latest demographic information available for Russian Hill.

Get to know Russian Hill better with our featured images and videos.

Learn more about schools near Russian Hill complete with ratings and contact information.

The Best in Russian Hill

Browse through the top rated businesses in the most popular categories Russian Hill has to offer.