A quick view of the most influential metrics in Richmond.

The Richmond District in San Francisco is a comfortable neighborhood nestled in the northwest corner of the city. The neighborhood has many nicknames like The Richmond, South Marin and the Outside Lands. Richmond rests between the Presidio of San Francisco and beautiful Golden Gate Park. The neighborhood’s name came from one of its early resident, artist George Turner Marsh. Marsh named his home “ the Richmond House” after  town in his native land, Australia. Though locals always used the name Richmond, the official name of the neighborhood was Park-Presidio up until 2009. In 2009 legislation was passed and its name  was officially changed to the Richmond District much to the delight of locals.

The neighborhood is made up of five residential sub-neighborhoods that are nestled just north of Golden Gate Park. The sub-neighborhoods are  the Lake Street District, Sea Cliff, Inner Richmond, Outer Richmond and Central Richmond. According to city-data.com, the neighborhood spans 2.148 square miles and has a population of 60,932 people per square miles. In 2011, city-data.com reported the median household income in the neighborhood at $76,756 well above the city average of $69,894. According to city-data.com, in 2011 the average estimated value of a single family home in the Richmond District was $821,012 and the average estimated value of a townhouse or other attached housing units was $933,665.

The area that would one day be the Richmond District was not developed until the late 1800s, before that it was  predominantly fields of rolling sand dunes. Like much of the city of San Francisco, the earthquake of 1906 brought great changes to the Richmond District. Replacement housing for victims of the quake led to increased development in the neighborhood leveling the dunes and clearing away the coastal scrub foliage. The neighborhood has been influenced by many ethnic groups during its history, first by Russian immigrants after the Russian Revolution and the war that followed. Then, ethnic Jews and Irish Americans and lastly, just after World War II Chinese immigrants who are still a part of the ancestry of better than half of the neighborhoods residents.

The Richmond district is lively and features quiet streets, green spaces and unique shops and restaurants. Homes for sale in the Richmond District range from middle class starter homes up through sprawling luxury homes. Other real estate options include apartments, homes and duplexes for rent as well as townhomes and condominiums for sale or lease.

View our selection of available properties in the Richmond area.

Check out the latest demographic information available for Richmond.

Get to know Richmond better with our featured images and videos. 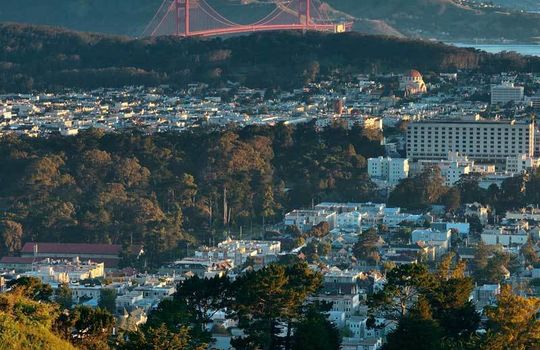 Learn more about schools near Richmond complete with ratings and contact information.

The Best in Richmond

Browse through the top rated businesses in the most popular categories Richmond has to offer.

Read interesting and helpful resources and articles related to Richmond